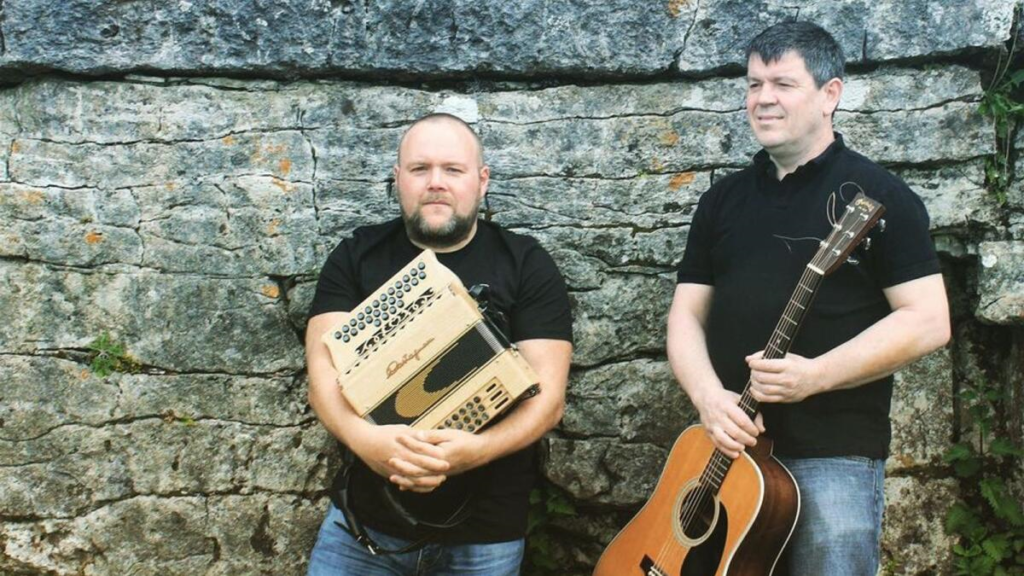 David is from Belmullet, Co. Mayo, and was reared in a very musical home learning first hand from his grandmother who taught him a love of traditional music and in particular the love for accordion and melodeon music. Known for his colorful style, which inhales bold bass fingerings, complex arrangements and modern compositions; and exhales hints of the Roaring 20′s and the energy of a box of dynamite coupled with a masterful knack for letting a tune take its own time for a completely unmistakable and brilliant sound. This unique style led David into the world of professional musicianship where early in his career he became a full-time member of Niamh Parsons’ band and others including The Chieftains, De Danann to name but a few.
After gaining ample experience and knowledge from his exceptional peers, David formed the David Munnelly Band in1999 and began a thirteen year journey with his own band touring Europe, America and Japan and recording four critically acclaimed CD’s. Recently David has expanded his repertoire to mainland Europe where he is currently working on several new projects. Along with the most respected accordion players in Europe, David currently performs with the Accordion Samurai, who’s debut CD has won numerous high-profile awards. Over the last few years while experimenting with composition he has also recorded a critically acclaimed recording of new music for solo accordion titled “Aonair” which takes him away from his traditional music roots and with projects like Duo McGOWAN Munnelly and 3’oh and projects with Belgian singer Soet Collier and Guitarist Philip Masure gives a good variety of his musical tastes.