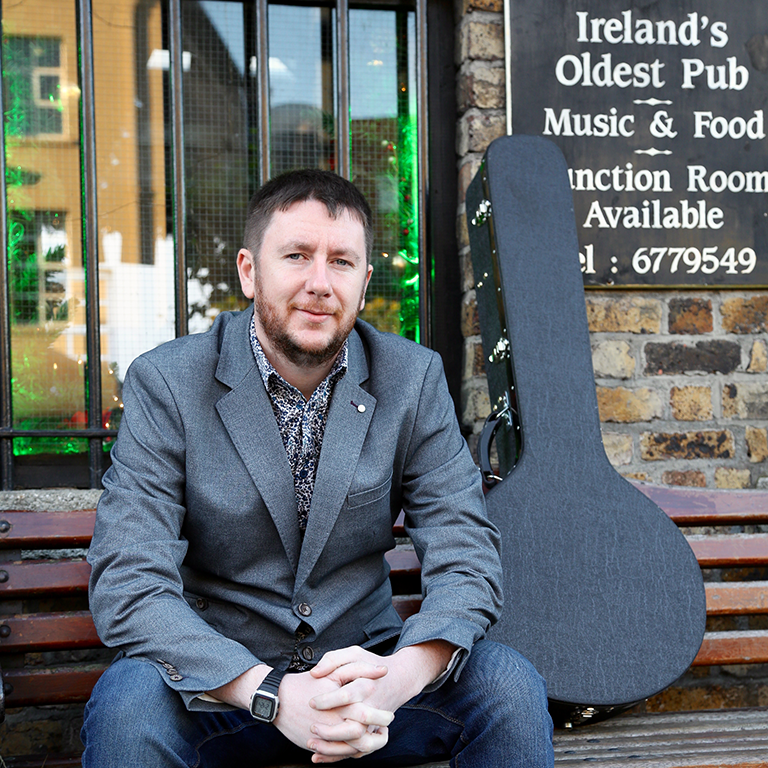 Dublin-born traditional singer and bouzouki player Daoirí Farrell has been described by some of the biggest names in Irish folk music as one of most important singers to come out of Ireland in recent years.

After a promising debut album, The First Turn, back in 2009; Daoirí spent several years studying traditional music and performance across Ireland. While at The University of Limerick Fintan Vallely introduced him to the singing of the late Liam Weldon, an encounter that was to prove formative to his sound and his approach to folk song.

Daoirí had cut his teeth as a singer in Dublin’s famous Góilin Singers Club and at other sessions across the city, many of which he still visits regularly.  Following his studies he quickly found work accompanying artists including Christy Moore, as well as a list of names that sounds like a who’s who of folk music: Dónal Lunny, Martin Hayes, Dennis Cahill, Alan Doherty, Danú, Dervish, Julie Fowlis, Arty McGlynn, The John Carty Big Band, Kíla, Sean Keane, Gerry O’Connor (Banjo), Gerry O’Connor (Fiddle), Lynched and more.

Daoirí finally stepped into the limelight and launched his own solo live career at the 2016 Celtic Connections.  In May of the same year he was invited to do a live session on the BBC Radio 2 Folk Show with Mark Radcliffe. Two UK tours and UK festival dates followed in 2016 including Moseley Folk Festival, Broadstairs Folk Week and FolkEast.

As Lockdown hit Ireland in March 2020, Daoirí responded with one of the earliest live streams, performing from the ‘Covid Corner’ of his kitchen on St. Patrick’s Day.  The response to the broadcast was overwhelming with more than 15,000 views and many, many requests to repeat the concert.  What followed were twenty-five consecutive concerts, every Sunday night at 10pm, live streamed across the world and attracting audiences from Australia, the USA, Canada, Europe and more.  His shows made the news around the world and as a result he was invited to co-host the BBC’s Folk Show with Mark Radcliffe and on 4th May 2020 he performed on BBC Radio 4’s Today programme.

Daoirí is currently recording a new album with Trevor Hutchinson from the Waterboys with the support of the Arts Council of Ireland.

ALSR Celtic Music Awards for 2020: Male Vocalist of the Year

‘I’ve been listening to Daoirí’s emerging sounds since first hearing him at the Góilin Singers Club in Dublin when he was a young lad….always a treat to hear him sing.’  Christy Moore

‘It doesn’t get much better than that. The real deal. What a voice.’ Mark Radcliffe, BBC Radio 2

‘Daoirí played for ninety minutes. Watching, caught in the enthralling flow of the music, it felt like twenty.’  Live review by From the Margins