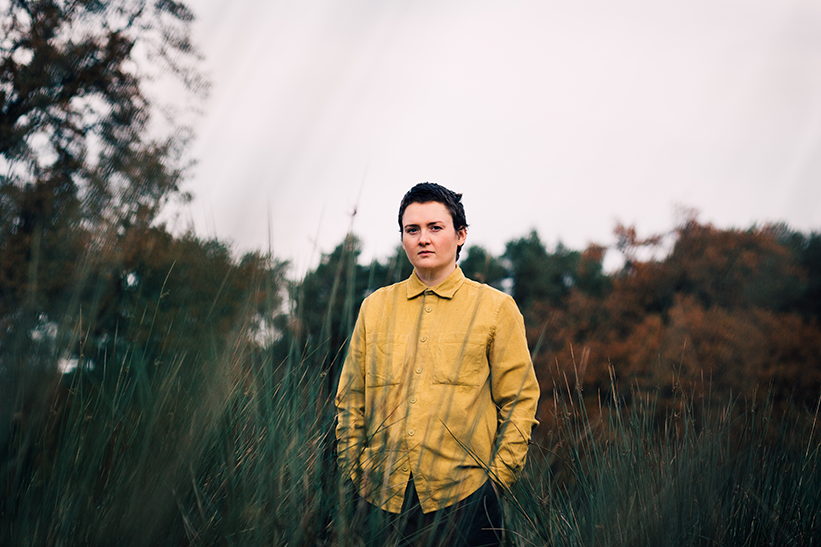 Hailing from the Armagh-Monaghan border, Dani Larkin is a singer-songwriter and folk musician who is being heralded as one of Ireland’s finest songwriters. Larkin has been creating music for several years, and is a well known face on the live circuit in Ireland and Northern Ireland.

2021 is set to be Larkin’s breakthrough year as an artist, that began with her international appearance at Folk Alliance, followed by her debut at Brighton’s The Great Escape festival, an inclusion in Global Music Match programme with Culture Ireland, which has all been building towards the release of her debut album ‘Notes For A Maiden Warrior’ which came out this June to great critical acclaim. With the recent additions of her team including leading live booking agency Midnight Mango, as well as Irish promoter Singular Artists – she is an artist carefully carving out a successful trajectory. Her debut album has really put her on the map of folk musicians to take note of.

In 2019 she was artist-in-residence at Belfast’s Cathedral Quarter Arts Festival and last year has made appearances at Ireland Music Week, Other Voices (Ballina and Belfast), Output and Sound of Belfast. On the live circuit she has supported Rufus Wainwright, Joshua Burnside and Lisa O’Neill whose “honest, truthful storytelling style” she greatly admires. Following in the footsteps of these artists, she is a must-listen for those interested in contemporary folk music.

A storyteller by nature, her music is inspired by the folktales she was raised with, intertwined with elements of traditional melodies and rhythms from around the world in a timeless tradition.

She is a seasoned performer who is impossible to ignore once taken to the stage.